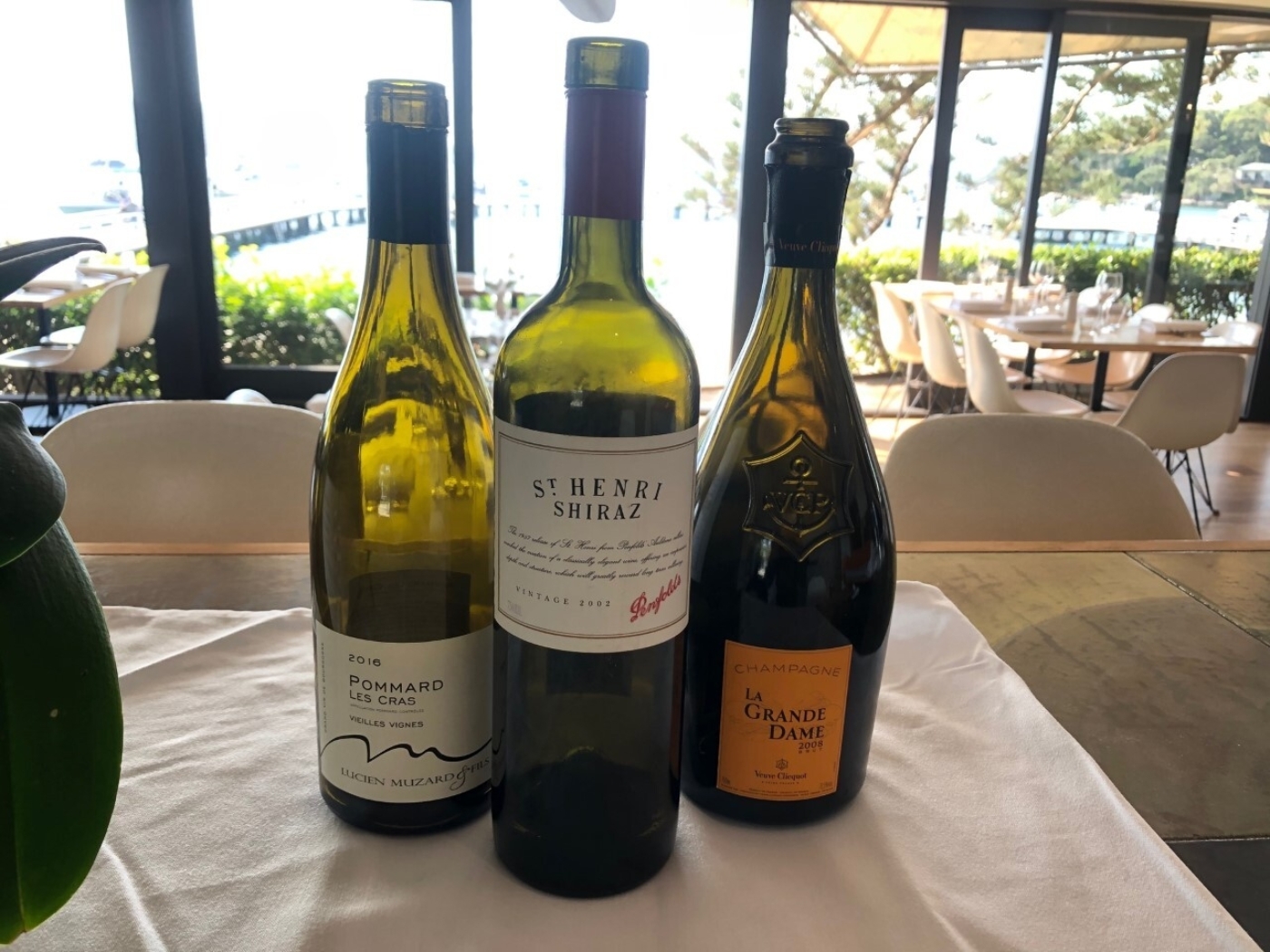 Three weeks in and the broadest field so far, with many, many contenders. The idea seems to be catching on. When I tell regulars about the blog the reaction is usually “I wish I’d known, because I would have brought something even better!”.

Well hey, you know where we are - and its BYO Day every Wednesday.

Yesterday we had some great Aussie wines represented, plus some European classics too. Voyager Estate and Rockford both had great wines that nevertheless didn’t quite make the final three. Some tough competition!

First contender: 2008 Veuve Clicquot ‘La Grande Dame’ Champagne, from the group on T52. This rang a bell for me as the 1988 Grande Dame was the wine my newly wedded wife and I drank in our hotel room the night we were married. The 2008 wine did not disappoint. Sentimentality aside, this was rich and full, with pinot noir dominant on the nose. It’s both true to the magnificent 2008 vintage and to the Veuve house style. Lovely wine.

Next up, a really interesting red Burgundy from Lucien Muzard et Fils. We pour his standard red Burgundy in the restaurant ($21 a glass, since you ask), so I’m familiar with their style. Fresh, clean and fruit driven – what the scribes call “modern” winemaking, and we in Australia call “normal”. The 2016 Muzard Pommard ‘Les Cras’ vieilles vignes was a stunner. A perfumed nose of violets and dark cherries gave way to a palate with balanced acid and a firm, slightly tannic finish, characteristic of Pommard and its ironstone soils. A fuller bodied style of Pinot Noir.

Finally, an Aussie classic. 2002 Penfold’s ‘St. Henri’ Shiraz, South Australia. In many ways this is Penfold’s most interesting wine, because it does not see any new oak, only large used barrels. I know, heresy at Penfold’s right? But what that means is that the wine stands or falls on the quality of the fruit and the winemaking to a greater degree than their other cuvées. I was keen to see how well this wine had aged being just shy of twenty years.

The answer was: extremely well! Still a little primary fruit on the nose, but the main show was the palate. Extremely complex, with tertiary shiraz characters of leather, pepper, woody spice and liquorice. Very long finish. Probably in the prime of its life but could still go another ten I reckon. A well earned wine of the day – come on down Dean from T52!

Next week I’ll be in Auckland, NZ, but my spies will be out in the restaurant looking for great BYOs. So start choosing your wine…